Written by Marin @Danielis on May 06, 2017 in Sailing Destinations

We are sure you will love this sailing route and it will make your sailing vacation worth remembering. Check out danielis-yachting.com and book your yacht, gulet, catamaran, or motor boat and start your journey from Dubrovnik. 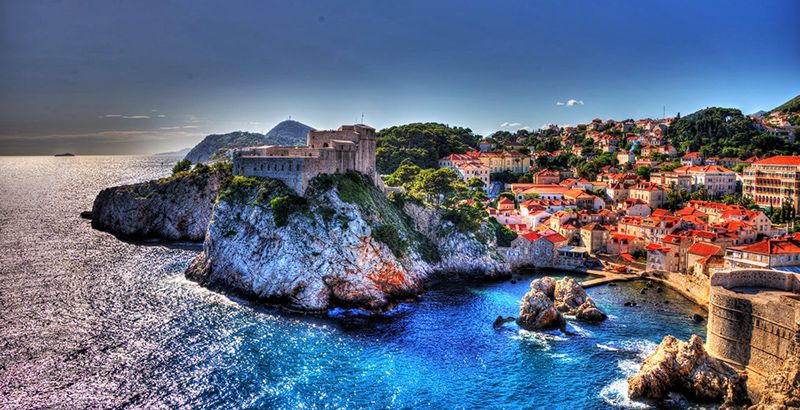 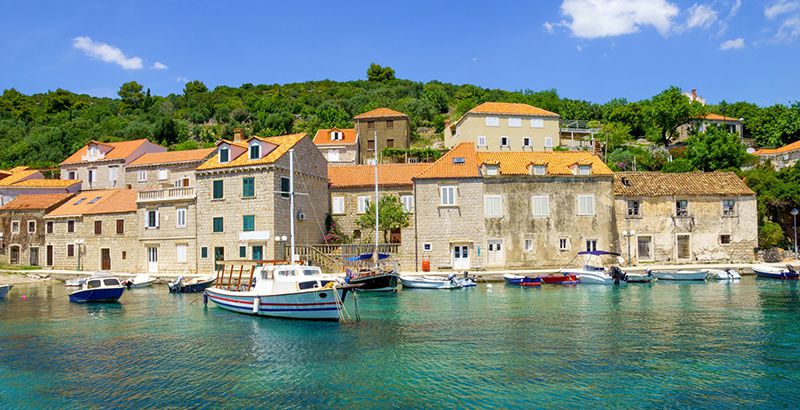 The island of Šipan is the largest of the Elafiti islands and has the most inhabitants. The surface area of the island is 16,5 km2 and the highest point is Velji Vrh that goes up to 243 meters. Šipan is the long-stretched island with two villages. Both are sheltered from the wind by deep-setted bays. The village Suđurađ has about 250 inhabitants, but has a very important harbor where a car ferry can board. The other village is Šipanska Luka with over 300 inhabitants.

By the Koločep-canal, which is 1500 meters wide, Šipan is divided from the shore and is surrounded by several small islands. Most visitors are attracted by the various bays of the island. The clear swimming water and abundance of fish in this area attract a lot of tourists.

Island Mljet is located in Southern Dalmatia and it is one of larger islands on the coast of Southern Dalmatia. Although many people live on the island, mainly in the port of Sobra on the east end, the west end port of Polače holds the entrance to the national park of Mljet.

Mljet was originally one of the Roman possessions (indeed, Polače means “palace” and holds some Roman Ruins). Over the course of history, the island traded hands with the rest of the Balkans (to the Ottomans, the Austro-Hungarian Empire etc.) It was even promised to the Italy at one point in the early 20th century. Once the Kingdom of Serbs, Croats, and Slovenians was declared, the island became a part of that group.

Polače is found on the northern coast of the Island of Mljet in a well-protected bay. Many tourists flock to the area, especially during summer when a daily catamaran trip is offered from Dubrovnik to Polače on Mljet. It has very rich Mediterranean fishing ground that attracts a lot of fishermen. The sandy beach is also inviting and refreshing for swimming and other sports activities. Amidst all the beauty and scenic spots offered by the araea. 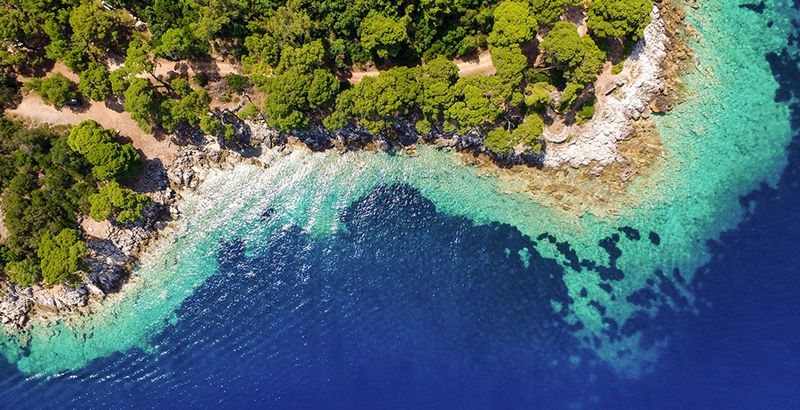 The Lastovo Archipelago was declared a nature park by the Croatian Parliament on 29th of September 2006. It is eleventh nature park in Croatia.

The Lastovo Archipelago has a rich cultural and historical heritage – numerous stone churches and chapels, picturesque chimneys and traditional Lastovo Carnival, but one of the must not forget local inhabitants, who prove that the coexistence of man and nature is possible with developed environmental awareness. 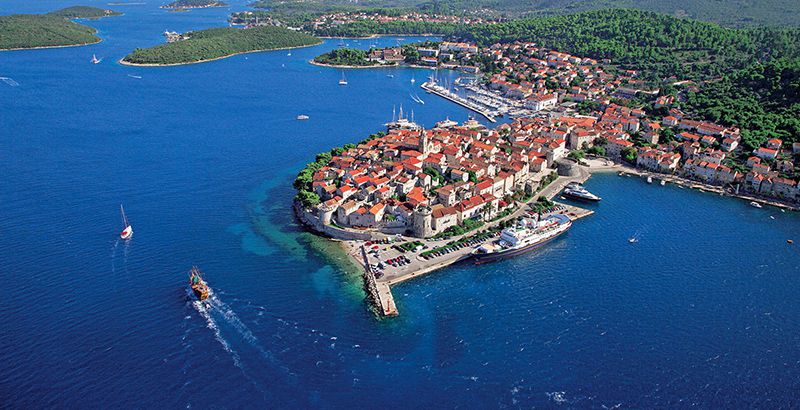 Did you know that Korčula is the birthplace of famous Marco Polo? Korčula was built on the foundations of Greek colony, just like Hvar, and it is historical and tourist center of the largest island in the Dubrovnik region. It is famous for its streets that are shaped in the form of fish bone and well-preserved Gothic and Renaissance buildings.

Among them stands out the Cathedral of saint Mark whose rich interior guards the works of the great Italian painters. The people of Korčula have preserved their customs and the medieval knights game “Moreška” that takes place on the town streets. The gentle Mediterranean cuisine will challenge the palates of even the most famous gourmets.

Along with the gifts of the sea (mussels, fish, crabs), delicious deserts such as Cukarin, the Dubrovnik cakes Rožata and Klašun go very well with the local Korčula wines – Grk, Pošip, Plavac, and Rukatac.

Near the town of Korčula, there is an archipelago of 20 uninhabited islands covered with dense thicket, and an accessible coastline. Here is also the slightly larger islet of Badija with its pebble beaches and beautiful Franciscan monastery. 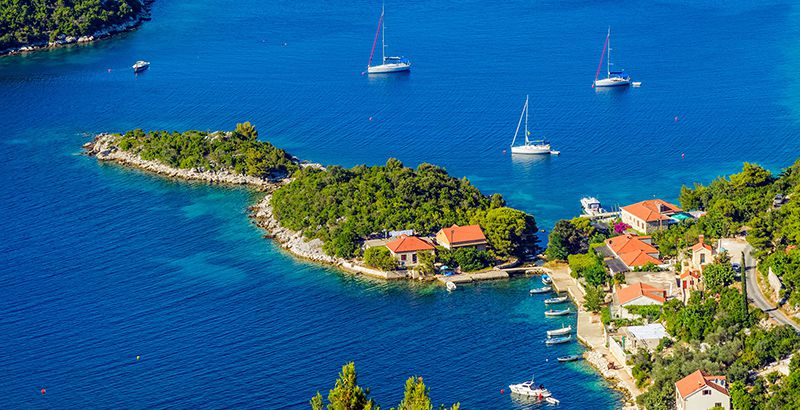 According to the descriptions in Homers epic tale of the Odyssey, many explorers and experts considered Mljet to be an island of Ogygia – the beautiful island where the nymph Calypso held Odysseus for 7 years. The name of the island itself speaks of its beauty, which is derived from the Greek word “melite nesos” which means “honey island”.

National Park Mljet was declared as such in the year of 1960, and encompasses the west part of the island of Mljet. The main factors in declaring the island as national park is the rare and intended coast and the dense flora, specifically the forested areas on the south side of the island, which creates two lakes on the island. Although the water is salty, the landscape looks like lakes. They are rich with many sea shells (mussels, oysters etc), and the plankton of the island have been study of multiple scientific researches. 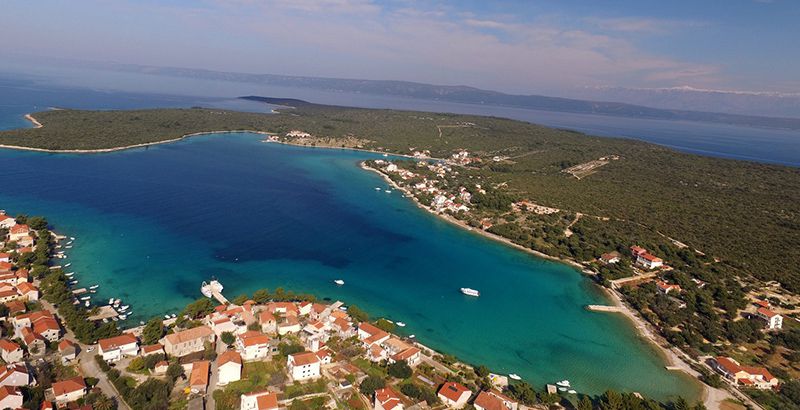 Pelješac is the largest peninsula in Dalmatia and its architecture will show you traces of history left by various cultures. The Ston walls connect Mali Ston and Ston, which are known for their rich history and historical stone nucleus, while the walls were built to protect Pelješac by separating it from the mainland. Ston is famous for its salt quarry that dates back to Dubrovnik Republic Ston and is still in operation today. However, it is also known for its oyster beds of various shells which you can taste in restaurants in Ston.

The people of Pelješac have been involved with viticulture and wine-making, olive growing and have cultivated fruits and vegetables for centuries as a result of its fertile soil and plenty of sunshine. Should you decide to visit Pelješac you will always see dried figs and top quality olive oil on the table. The gastro offer will impress even the pickiest guests and you simply must try the oysters and clams from the Pelješac oyster beds and well know wines such as Dingač and Postup. Oysters are shells that are eaten raw and it is no secret that they are also considered as being powerful aphrodisiac. It there any truth in this theory? We suggest you find out yourself.

The cove of Kobaš, with a sandy beach and its own marina, is becoming more and more popular among yachting enthusiasts. 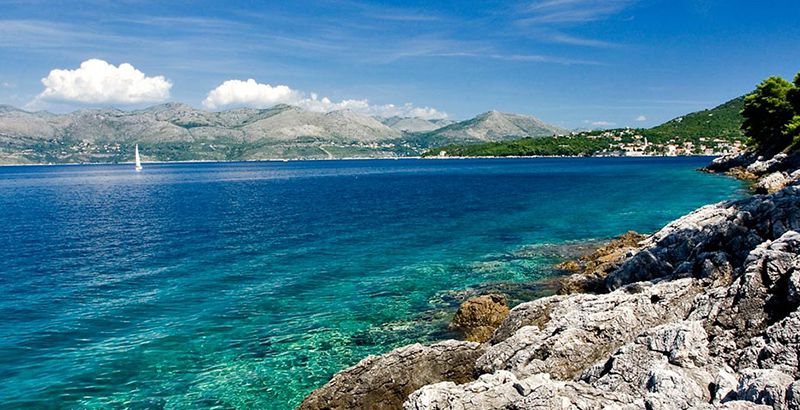 You are heading towards the coast again and our last destination on this sailing journey.  On the way back to Dubrovnik you will pass the island of Lopud, where you can stop to swim before arriving in Dubrovnik.

Do not lose the opportunity to sail into the City harbor as sailors have done for hundreds of years. Sailors built this magnificent town and the only way to fully appreciate the beauty of the place is to arrive from the sea.

Walk along Stradun (the main street in Dubrovnik) and the numerous small streets in and around the city. The perfect preserved city walls and historical buildings will take your breath away.

Dubrovnik is under the protection of UNESCO. 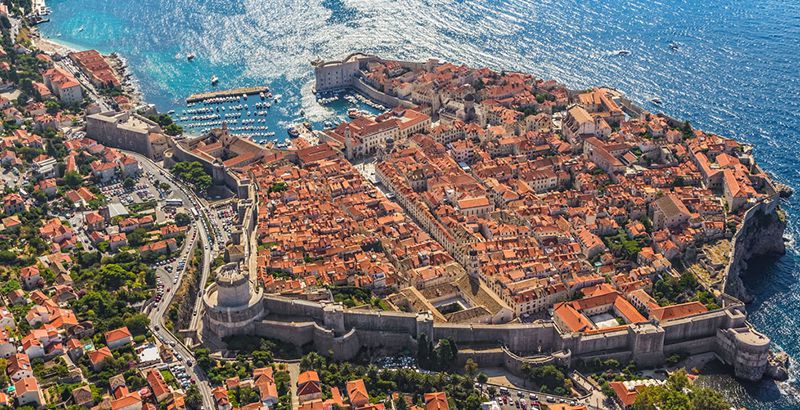 Check out our offer and start your create unforgettable memories :) The ultimate guide to Best anchorages in Split Aquatorium Difference Between Sailing in Turkey, Croatia and Greece Adriatic Winds: How to Deal With Bura on a Yacht Top 8 Tips to Make Sailing With Kids Even More Fun

How to Spend Your Time On-Shore

Off Shore Champions of Italia