Written by Marin @Danielis on November 18, 2017 in Sailing Destinations 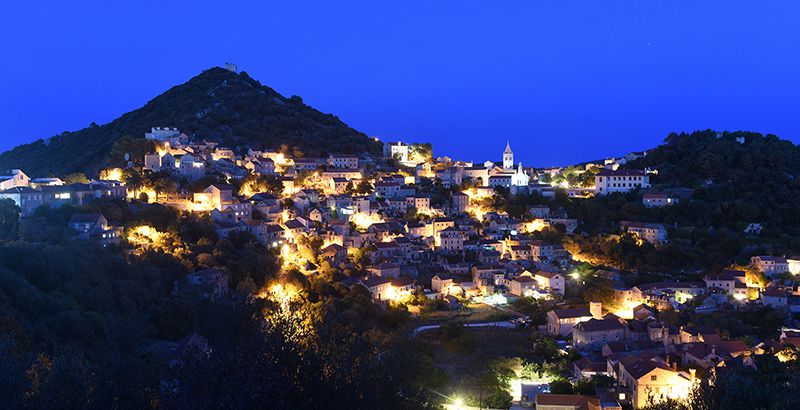 Let this be the starting point on your journey, where you should stockpile and prepare for the adventure that lies ahead. Lastovo is an archipelago of 46 islands and islets, the biggest one of which gave the name to them all. It's one of the few islands in the Adriatic that is lush with vegetation mostly untouched by the human hand and is located just 10 miles south of the island of Korčula.

The island is so beautiful and charming that the Romans thought it should bear the imperial name “Augusta Insula” since the island is worthy of imperial presence.

The island’s relative remoteness has kept nature and wildlife almost unspoiled, more than 70% of the surface is covered with forests, so to preserve its beauty it has been declared as Natures Park. In the past island has been a major military port, so only in the past 15 years were the yachts allowed entry, and the people living on the island have shifted their economic prospects towards tourism. There are not many souls living there, so there is only one major settlement worth noting, but more than worth visiting. 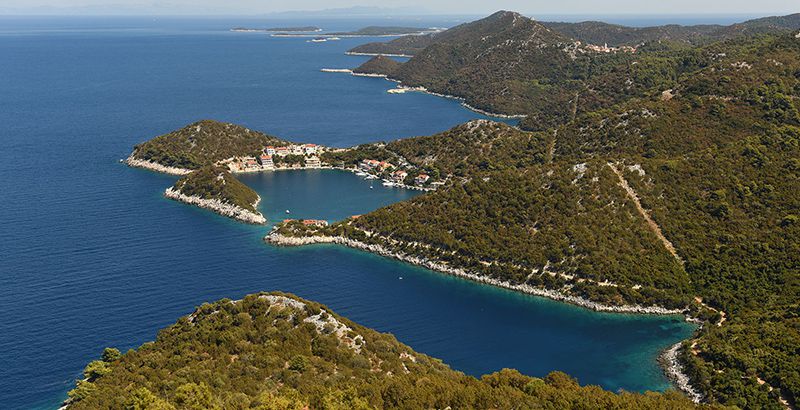 Lastovo town is the largest populated settlement, located inland on top of a small hill overlooking a lush valley, which has kept its unique architectural style since the Romance times. Every house has a unique, cylindrical chimney that the locals call fumari, but not one person could tell you from when or for what reason did the tradition start. Although the island economy has shifted towards tourism, you will not find concrete apartments, or will the noise pollute the tranquility of the island, you will hear only the songs of the birds while your eyes glance across endless olive groves and wine yards with the smell of grilled fish rising from the chimneys.

Sail to Zaklopatice bay on the northern part of the island and taste some authentic cuisine and realize why the Roman emperors made the island their summer destination. 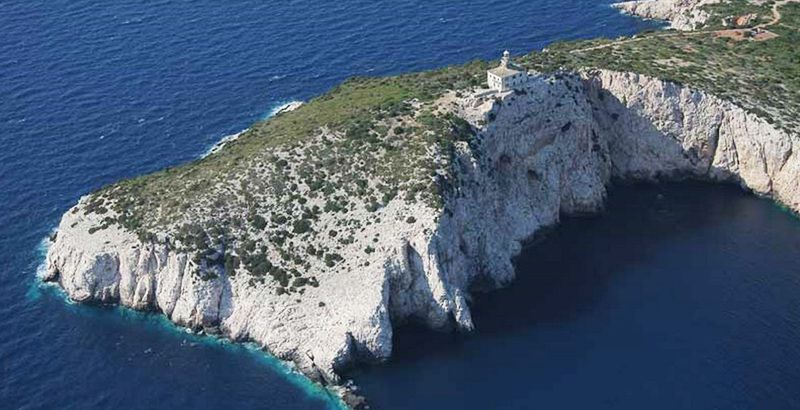 Sušac is a small island in the open waters of Adriatic located about 23 km west of Lastovo. The name means “dry one" so you won't have to worry about any rain marring your journey.  That fact was surely responsible for the sparseness of population, even in the former times, since in all its history never more than 24 souls at one time made Sušac their home. Today, only the lighthouse keeper, tending to the 19-century remnant of the power of Austro-Hungarian empire, and his family makes Sušac their place of living.

Today, you will mostly find a few goats grazing carelessly across the surface, undisturbed by anything since there are no cars, no apartments, and no noise to disturb their peace.

When visiting Sušac, be sure to dock on Portic bay, which will have you protected from the harsh winds, then stroll a bit uphill and take a look at the now abandoned stone houses as well as the ruins of a pre-Romanesque church.

If you happen to stumble upon the island’s few inhabitants, be sure to leave them a newspaper and some bread, since that is customary when visiting remote islands, and who knows, you may be invited to some lamb and tasty wine while you share your sailing stories. 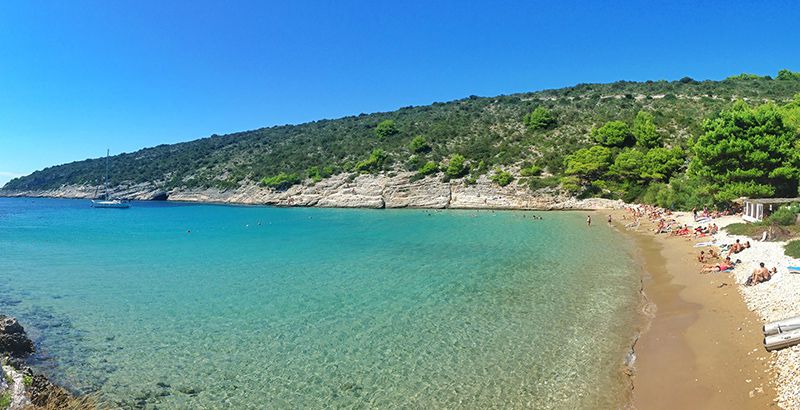 Sail to Biševo, a small island only 5 nautical miles of the coast of Vis and witness one of the unique sights in the world, Modra špilja, which has kept people coming from across the globe.

The island today bears only a fraction of former glory, when it was a popular fishing hub since the sea around it is rich in high-quality fish, but now, the nature of modern living has moved most of the residents to the island of Vis. Today, not more than 10 people make Biševo their permanent residence, although, during the summer months, you might think otherwise since many returns to tend to their vineyards and olive groves as well as to spend their vacation in tranquility.

When you get there, you should make your way to Modra špilja (Blue cave), one of the natural phenomenon where the sun is reflected of the bottom of the cave and paints the walls turquoise blue, the sight of which will imprint itself in your memory. 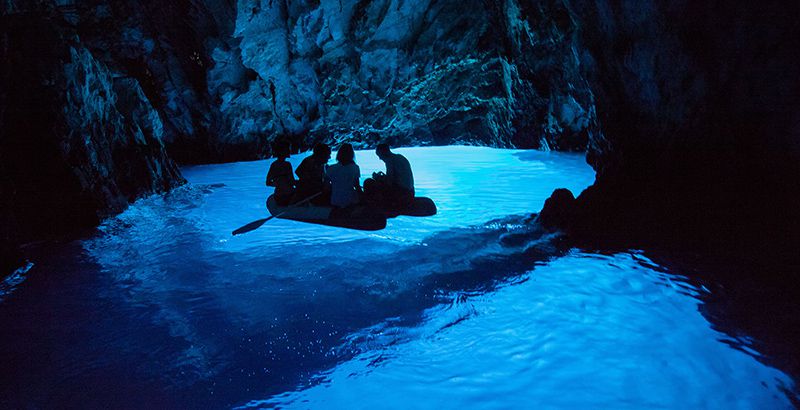 Be sure to sail to Mezoporat bay for save anchoring, since you cannot do so in front of the cave where you can take a tourist boat up to the entrance, but be sure to visit it between 9am and 1pm for the most memorable performance of sun on sea working in unity which will leave you charmed.

On your return trip to Mezoporat bay, be sure to have a sip of famous Biševski Plavac, a tasty wine produced by Zaberlin family to finish your day with the elixir of the gods. 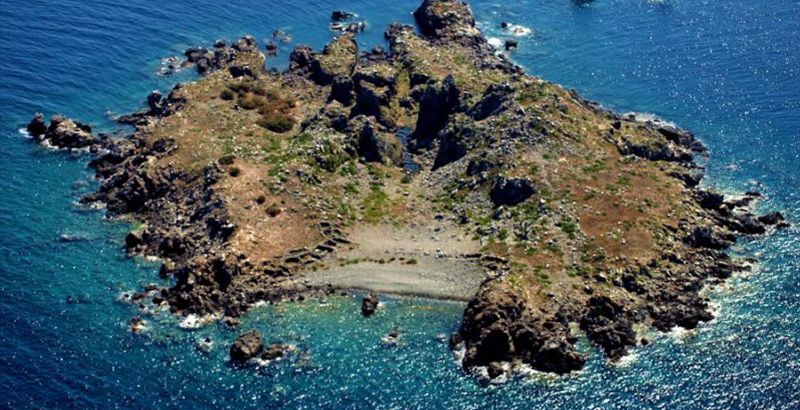 Sail 23 km west of Vis to the island of Brusnik, but don’t be alarmed when you compass starts spinning wildly since the island is of volcanic origin and rich in iron. The harsh winds have whipped the surface of the island and left black bowls shaped rocks on round pebbles in their wake, making them an attractive souvenir, but abstain from taking them! The island has been declared Natures park since 1951.

Before that, the islands’ rocks were famous for its hardness and were used as sharpeners, hence the name Brusnik (sharpener).

The Komiža fishermen, of the island of Vis, sailed regularly to the sea around Brusnik since it is rich in his majesty, the lobster, and used black pebbles to make “jastozare”, pools of seawater used for storing lobsters, which scattered across the surface of Brusnik, present an unique monument to lobster hunters of Komiža.

Right across Brusnik lies the small island of Saint Andrew or most commonly called Svetac (Saint), which was a home to Zanki family for over 200 years, but have since left it for Komiža and return only sparingly during the summer months to the houses of their forefathers who lived of the sea.

Since the island lies on open waters without any natural bays it is even more impressive that one family has managed to live in such inhospitable terrain, but has surely enjoyed a more simple, undisturbed life. 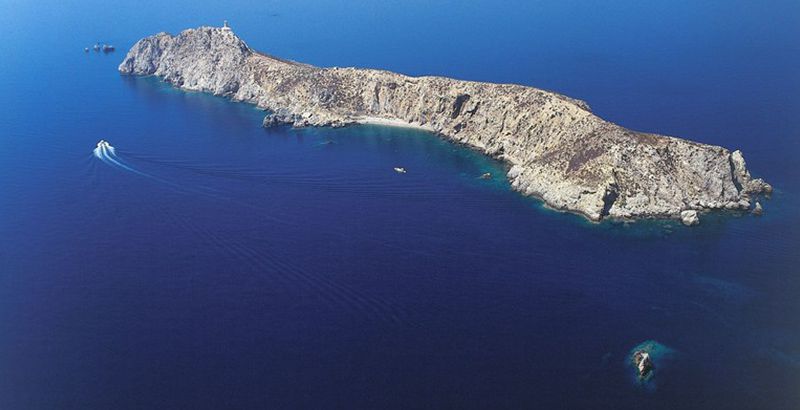 The farthest island on our list, situated far away in the open sea, 32 miles from the coast of Lastove, lies Croatia's remotes territory, reachable to only the most experienced seaman.

Your courage will reward you, with the amazing view of Palagruža archipelago with two biggest islands, Big and Small palagruža as well as 10 small islands which look more like the beads on a string scattered on the surface of the blue sea.
The island was known in prehistoric times and has held the name “Island of Diomedes”, because, according to legend, the famous Trojan warrior is buried on its shores. Archeological evidence supports this claim since there is evidence of a temple dedicated to Diomedes dating back to 5th century BC. 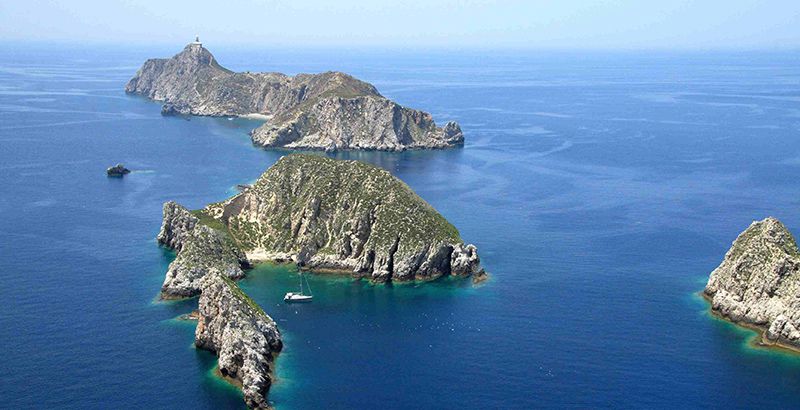 Nowadays, only the lighthouse keeper and his family make Palagruža their home, living on the largest lighthouse in Adriatic, built on a 92-meter rock rising from the sea level.

For those of more adventurous spirit, you can even rent it as an apartment, but be careful where you decide to anchor your boat since the waters are treacherous with many rocks hiding in the shallow waters around the island. The view from the island is amazing, if the weather graces you, you will see from one side the Italian coast, and on the other Croatian, all the while standing on a small rocky island in the middle of the sea.

If you have found this guide appealing be sure to charter a yacht and discover the beauty of these remote islands for yourself. Mere words cannot describe the feeling of peace and serenity that only the calm sea and untouched nature may provide, but be sure to check the weather reports while embarking on the farthest of islands so you may return with a story to tell which will earn you respect and recognition amongst fellow seaman!