When we were children we drew boats and made them out of paper, the lines were easily recognizable on paper as well as when we started to notice them on the horizon. We got used to seeing elegant white yachts cruising the seas, and we took their ‘classic design’ for granted. We associate the extravagant, modern design with architecture, and in terms of transportation, with the innovations of motor vehicles used on land, supercars above all. Of course, there are many things to pay attention to when building a boat due to the specific conditions of navigation, these are usually big projects that last for months. It is known why the hull of a boat looks a certain way and how it contributes to its performance. Or maybe this should be questioned? Some probably fell in love with boats due to their classic design, while others want to stand out and strive for evolution in design by experimenting with the limits of the known. 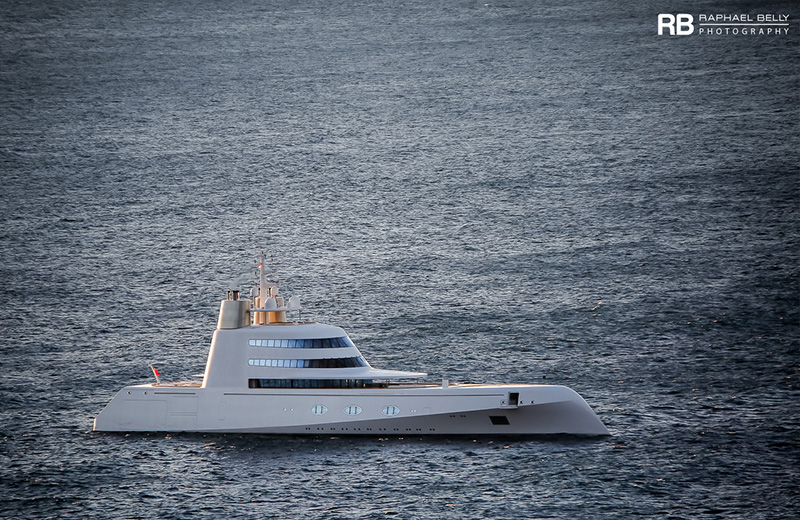 One of the boats that raised some eyebrows and surprised everyone with its design is certainly a motor yacht with a very self-explanatory name - Motor Yacht A. Some say that the yacht was given this name to appear in the first place in the ship's registers, while some believe that the name is actually homage to the owner and his wife whose names begin with the letter A. With its 119 m and 6000 tons, this yacht is one of the largest motor yachts in the world. In appearance, this yacht is reminiscent of a submarine emerging from the sea or the famous USS Zumwalt, and when we take a closer look we will probably wonder why the hull of this boat is turned upside down because of course, it is not how it should be, or at least what we are used to. Philippe Starck is responsible for this daring design, while the Bloh + Voss team is responsible for its construction. The yacht was first introduced in 2008 and, of course, it aroused great interest and set new standards in the industry. The ‘A’ reaches a speed of 23 knots and it can accommodate 14 guests overseen by 37 crew members. As is the case with any luxury yacht, it is all about high standards of equipment. The master room in this boat has 230 m2, and there is also a secret room hidden behind glass panels. There are three pools and many luxurious features. The designer's favorite room is the garage of the boat, which, in his words, leaves the impression of being in a cathedral. 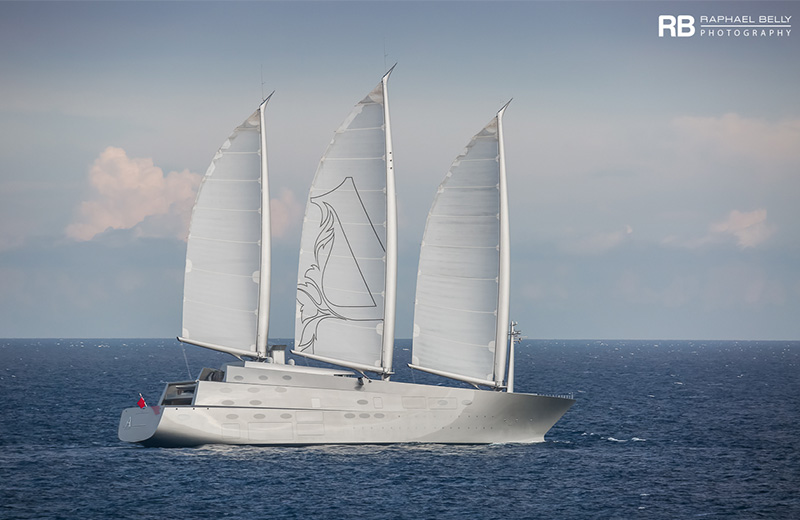 This yacht of a similar name was made for the same owner, Andrey Melnichenko. The Motor Yacht A is on sale, and this is a new toy of the Russian billionaire. The design was once again entrusted to Philip Stark, who showed what he can do and who already has a number of successful works behind him. The yacht was completed in 2017 and, when it set sail, it became the most photographed yacht, a bait for the paparazzi. With a length of as much as 142.81 m, this yacht is larger than the previous one, but it is also the largest sailing yacht in the world. It looks like a boat from the future with smooth metallic surfaces and invisible windows. It has the three largest masts in the world whose sail area exceeds the area of a football field. The sails are operated in a fully automatic way. This yacht weighs 12558 tons and of course, does not rely only on wind power, because it is primarily a motorboat. It is powered by two diesel engines of 3600 kW and two electric engines of 4300 kW, which makes this boat a hybrid and reduces its environmental footprint. It can reach the maximum speed of 21 knots while its cruising speed is 16 knots. It has 8 floors connected by elevators. It is equipped with the most advanced technology, and the most interesting part of the boat is the underwater room with huge windows overlooking the sea. 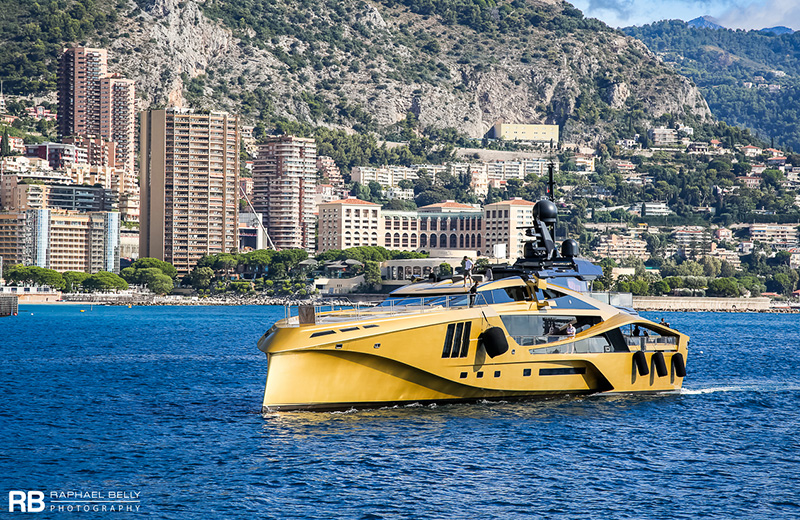 Khalilah is the first yacht to be built entirely of carbon material. This yacht is slightly smaller than the previously mentioned ones and it was constructed by American Palmer Johnson. The length of the yacht is 49 m, and what its builders are especially proud of is the 11 m beam, which is more likely to be seen on 70 m yachts, so space is carefully planned and maximally used. However, these are not the things that will catch your eye first, what you will comment on first is its color - gold. The golden color is not only characteristic of the hull, the same color is applied to the engine boxes in the engine room. This is how strong is the desire of the owner to present luxury in every detail. The color of gold represents wealth and courage and this was clearly the guiding thought when designing this super yacht. The ship can accommodate 11 guests, all cabins are luxuriously equipped with prevailing bright colors. The interior design is decorated in the oriental style. 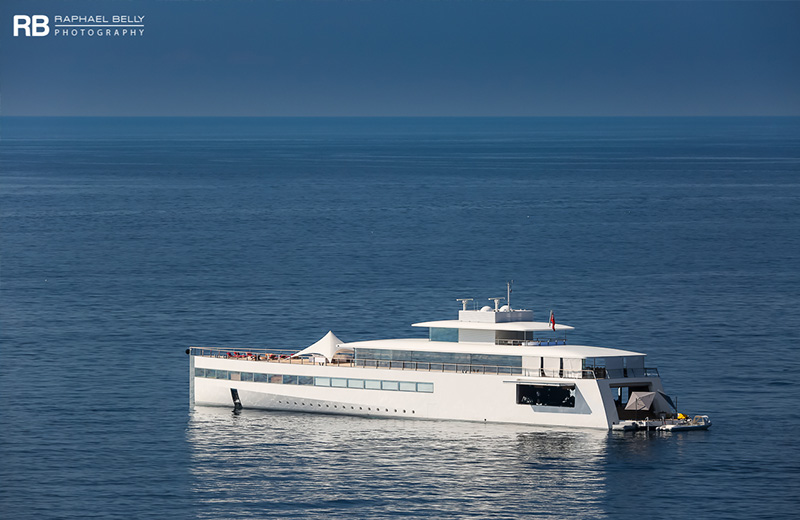 Venus is a yacht named after the Roman goddess of love. The 78.2 m super yacht was ordered by Steve Jobs, however, unfortunately, he passed away a year before the yacht was finished, in 2012. Futuristic look and minimalism are the main features of this boat. Can you guess who is responsible for its design? Of course, this is another work of the now-famous Philippe Starck. Unlike the owners of Sailing Yacht A and Motor Yacht A, Steve Jobs wanted simplicity, clear lines, and, as it is proper for a technological revolutionary, state-of-the-art technology solutions. The yacht was constructed by the Dutch Feadship, and the main materials used in the construction are aluminum and glass, the materials most commonly used in the manufacture of Apple devices as well. On-board systems are managed by iMac that has been upgraded to provide seamless ship management and unrivaled safety. Little is known about the interior of this yacht since the owner never wanted to reveal the details. We know that the yacht can accommodate 12 guests and that it has 22 crew members. Its maximum speed is 20.5 knots, and the cruising speed is 18 knots. 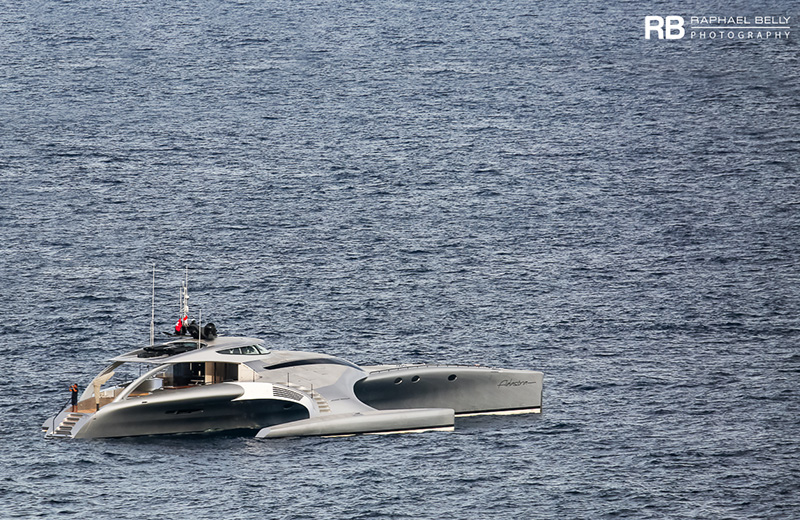 At first glance, Adastra, whose name in Latin means ‘to the stars’ leaves an ambivalent impression. It’s a boat, but if you hadn’t seen it at sea, you could easily imagine it as one of the spaceships from the popular Star Trek series, so its name fits quite well. However, the boat does not belong to any future, the contractor for this boat is McConaghy Boats, and it was completed in 2012. Thanks to the materials used in making this boat such as k-glass, foam, and carbon fiber, this boat is extremely light considering its size and with a full tank of fuel can easily cross the Atlantic twice without having to refuel. It has a main Caterpillar engine of 1150 hp and two additional Yanmar engines of 110 hp for stabilization since it is actually a trimaran. The maximum speed of the yacht is 22 knots. Its advantage is certainly its small draft, which allows it, like a real explorer, to access shallower areas that super yachts cannot otherwise reach. 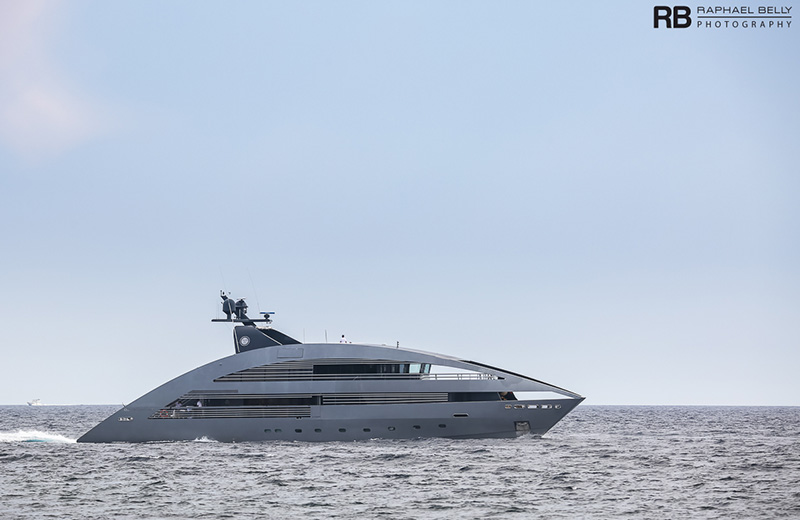 Another yacht of modern design that definitely stands out with its looks is the Ocean Sapphire. It is one of three identical yachts made in 2010 by Rodriguez Shipyards with the purpose of being available for charter. It was designed by the famous British designer Sir Norman Foster. With its oval, clean lines, and gray color, it somehow resembles a fish. It has 4 decks and its makers claim that it offers 30% more living space than some other yachts of the same dimensions. It is ideal for cruising and can accommodate 12 guests in 5 cabins. The master cabin is huge and has access to its own terrace and, if usual TV dimensions are too small for you, there is a home cinema in the saloon. The boat has two engines of 1400 hp and can reach a maximum speed of 16 knots while its cruising speed is 12 knots. 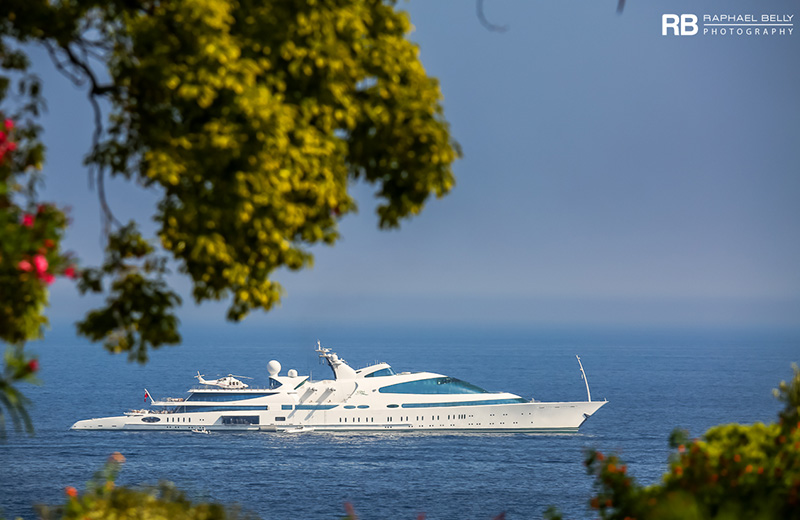 Another yacht that we can connect to a warship is the super yacht 'Yas', one of the largest yachts in the world (141 m) which currently ranks 8th. This luxury yacht was created on the basis of the hull of a Dutch frigate from 1977, and the French Pierrejean Design is responsible for the idea of its redesign. The construction work was done by a team from Abu Dhabi MAR, and the yacht was completed in 2013. The designers state that they wanted the boat to resemble a dolphin, and they really did a good job. The large semi-dome of bluish glass located at the front of this boat makes a really special impression and reminds us of a dolphin in play. From a gray warship that served the Dutch, then the UAE in the fight against submarines, a beautiful white luxury yacht was created to enjoy cruising the world's seas. This yacht can accommodate as many as 60 guests and employs 56 crew members. It is fast and sturdy, which is not surprising given its past. The engine has 21000 hp and reaches a top speed of 26 knots. The cruising speed is 20 knots. We don’t even have to talk about the luxury of the interior given that this yacht belongs to the sheik. 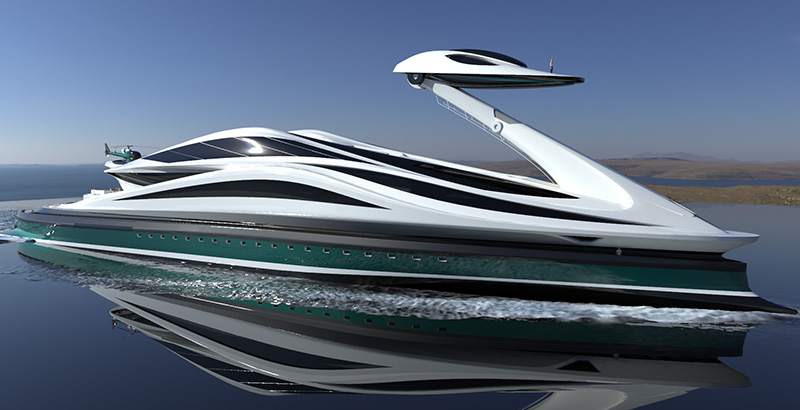 How will the yachts from the future look like? We will certainly see interesting solutions that will set new scales and raise standards. One interesting concept that is still looking for an investment is the ‘Avanguardia’, a super yacht designed by Pierpaolo Lazzarini. This 137 m long yacht looks like a huge swan and stands out from everything seen so far. The swan of course has both a neck and ahead. The head of the swan is also the command bridge of the boat, which can be lowered into the water if necessary. The neck is tilted forward and the head is detached. That same head then becomes a luxury 16m auxiliary boat while the controls are then moved to the yacht itself. Up to 60 guests will be able to stay on the 5 decks of this boat, while 24 guests will be able to sleep on it. It has been announced that the boat will have the main engine from Rolls-Roys and two more fully electric engines and will be able to reach a top speed of 18 knots. It will certainly be interesting to see this yacht at sea if it gets built, until then, we are looking forward to seeing what interesting designs the future brings.