Croatian wines are amongst the best in the world and certainly the least known and appreciated ones. The wine tourism industry is still in its nascent form but as the interest in Croatian wines is increasing so we shall see an ever greater number of available offers which will serve to familiarize people with some of the best wines on the planet. To truly experience a holiday destination, one should also taste the food and drink the place offers. So, while on your cruise to Croatia’s sunniest island, the island of Hvar, we bring you the 5 best wine tasting experiences available!

It is a true wonder why the wine tourism is not more popular since Croatia is home to almost 130 indigenous varieties and is the birthplace of the original and famous Zinfandel as well as an array of other sorts. Croatian wine has been praised by experts from all over the world so it is only a question of time when the wine tourism will explode in popularity. 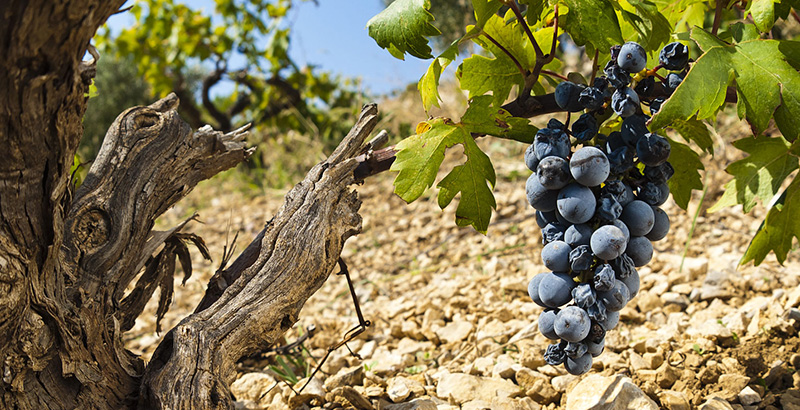 There is probably not a single place in Croatia that is more known for its wine that the island of Hvar, the most beautiful Croatian island and the one with the greatest number of sunny days. The winemaking tradition is an old one, dating 2400 years ago since the time of the heroes and ancient myths. The first vines were brought to the island by the Ancient Greek settlers, who settled in the plain of Stari Grad and started the winemaking tradition strong to this day.

The island micro climate and many different terroirs are home to a number of indigenous grape varieties some of which are served in 3-star Michelin restaurants all over the world.

So, once you’re done exploring Hvar’s many secluded bays and perfect pebble beaches, head to one of the places listed here for a perfect wine tasting experience! 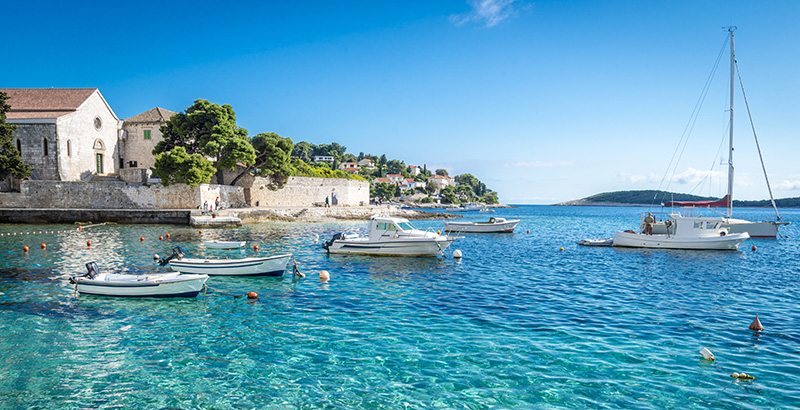 We have made a list of five exception wine tours which are designed with the purpose of not only providing you with the best wine the island of Hvar has to offer, but also to give you a taste of the island’s rich and diverse cultural heritage.

What is better than enjoying the hot Mediterranean Sun while on your yacht? Well, sipping on a glass of Hvar’s famous Plavac Mali as well!

Tasting wine in the cellar where it is being made is a great thing, but where will you have the opportunity to taste a stunning Plavac Mali on the very shores of the Adriatic? 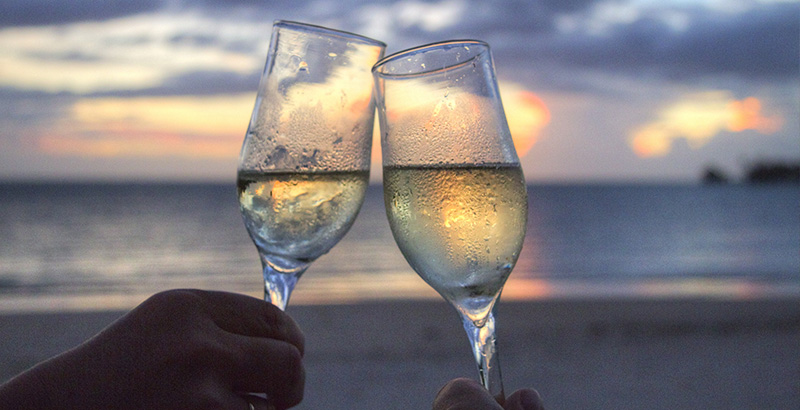 Head to Waves and Wines, Hvar’s most secret winery built right into a cave on the island’s southern side, which can only be accessed by boat for a taste of paradise. You will be welcomed by Toni Bojanic, a young entrepreneur coming from a family boasting with over 500 years of winemaking tradition. Toni is only 26 years old but is a passionate young man with many successes already being achieved in his young winemaking career.

You will have the elite privilege of tasting one of only 5,000 bottles that Toni produces. Toni is already starting to make waves in the island’s wine-making industry and his 4 reeds and 1 white have attracted serious attention from the experts. A memorable part of the whole experience is the pure passion being put in his work at the winery, which is undoubtedly blended into the wine itself, making it that just more fragrant. You will not forget this experience, there are only a few places where you can taste one of the best wines in the country while relaxing and listening to the waves washing away on the shore of the cave.

Tasting delicious wine is one thing, but pairing them up with food is another thing entirely. 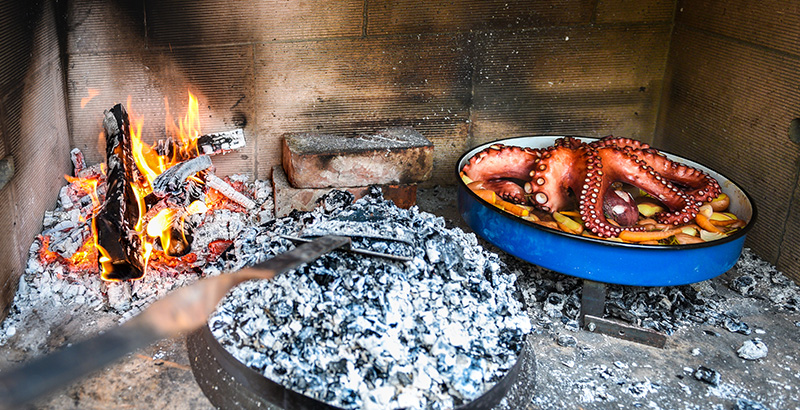 If you’ve become a bit weary from exploring many secrets and hidden gems spread all over the island head to a Food & Wine Paired Dinner, a truly enchanting experience orchestrated by Teo Huljic. Teo, a local and experienced chef from Zagreb’s finest restaurant (Marcelino) that holds true to the traditions decided to familiarize people visiting the island in its rich culinary heritage.

An outstanding winemaker, Teo works with almost extinct grape varieties and produces some of the most unique wines on the island. Be sure to try the Mekula grape variety, since you will not find it anywhere else on the island. Or the planet for that matter. Staying true to Hvar’s culinary history, Teo’s home offers an exquisite offer of foods that are chosen with the utmost care to be served together with the best wines available in the cellar. Almost as magical as the wine tasted is the location as well. At the back of Huljic’s home is a courtyard with two beautiful lemon trees, whose fruits you can pluck from the tree while waiting for the food and the wine to be served on a little uneven stone dining tables, that pay homage to island’s tradition.

If you’re deciding to stay on the island of Hvar for a couple of days and would like to dedicate an entire day to familiarize oneself with the aforementioned rich history of the island we would recommend taking the Wine Island Rarities tour. Ever since 384 BC, when the first Ancient Greek settlers sailed into the bay of modern-day Stari Grad and established a colony of Faros, the wine story of Hvar unfolded with many new chapters being added in the passage of time. 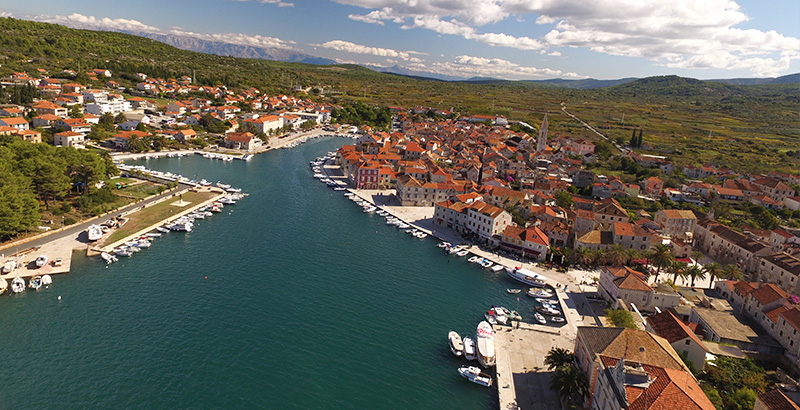 So join the tour of Hvar Island Rarities, where you will taste the island’s most intriguing and quite rare wines, sampled in the company of the people who produced them. Choose whichever flavor you most prefer, from deep reds to whites, oaked and unoaked, delightful dessert wines to the more acidic ones. Visit the old wineries and taste Plavac Mali vintages couple of decades old.

The one place you simply must visit on your sailing cruise along the island would be Zlatan Otok winery located in Sv. Nedjelja village on the southwestern tip of the island. The winery founder, Zlatan Plenkovic was one of the biggest names in Croatia’s winemaking industry, his Zlatan Plavac was first Grand Cru awarded wine in Croatia, while his Posip won Decanter Best Regional White Wine. 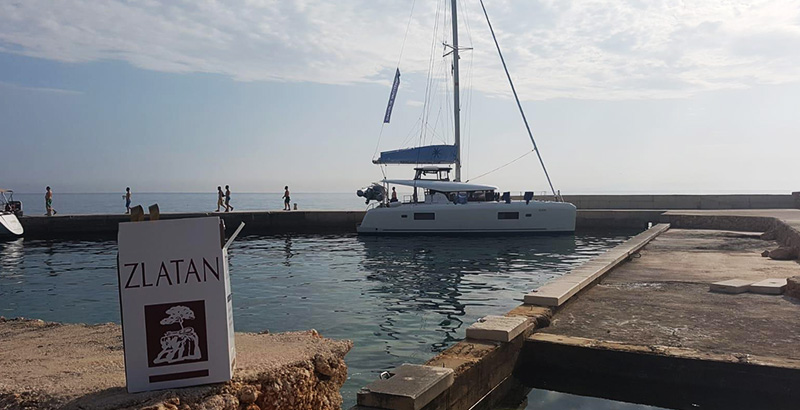 His legacy is the reason why the village of Sv. Nedjelja pops up on the map as a prestigious destination for wine lovers. Almost as famous as the winery’s wine is its location. You will meet your host in the unique underground cellar who will present you with the mentioned Grand Cru.

You can easily dock your yacht on the marina which Zlatan built himself and treat yourself to a nice dinner after the wine tasting experience, in a restaurant right at the waterfront. While on your way, you will be sailing along Hvar’s beautiful southern side with countless vineyards scattered along the slopes

Would you like to feel like a Roman Emperor Diocletian? Well, thanks to the exquisite work done by Andro Tomic, you can. Andro has dedicated his entire life to winemaking so he has also built a true Romanesque cellar, modeled after the ancient Roman dining rooms. 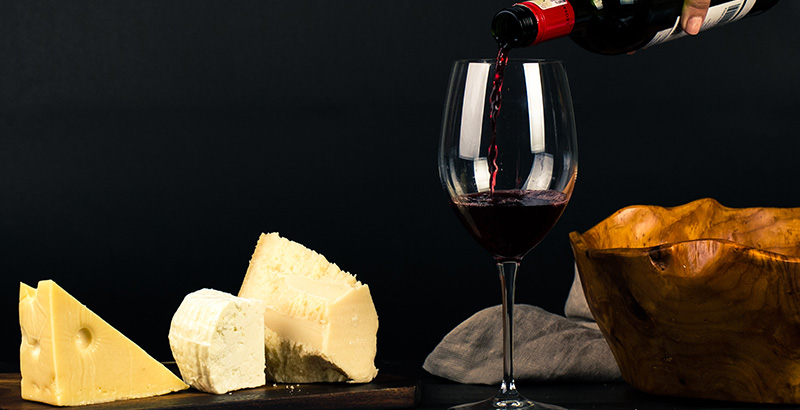 For a taste of his award-winning organic wines, head to Vira bay near Jelsa, one of the places where the first vines have taken root. You will have an opportunity to taste native Plavac Mali as a red wine and Posip and Bogdanusa as the white. The winery owner has transitioned his endeavors towards sustainable, organic vineyards since he believes in the preservation of the environment as well as human health.

There is no island in the whole of the Adriatic so famous for its high-quality wine than the island of Hvar. So whichever winery you choose as your destination, you cannot be wrong, since there is no better place to taste the best wines Croatia has to offer while enjoying the beautiful natural scenery.

Previous articleWhat are the Most Popular Dishes in Dalmatia, and Where to Try Them

Next articleThings to Know About Cooking on a Boat Sailing Vacation with Family in Croatia Part I – Why Choose Croatia? 5 Books to Take With You on a Sailing Vacation