If you ever visited Croatia in July, than you know it can be scorching hot here. I'm sure all of you at least once have thought about getting rid of all your clothes and jumping in the sea completely naked. I know, when you're on the boat and alone at the sea, who cares if you don't have your bathing suit? But did you know that Croatia has a large number of specially designated nudist beaches all along the coast? Moreover, Croatia was one of the first countries in the world where you could swim naked 'legally'. The first nudist beach in Croatia, named Paradise Beach, was opened in 1934 on the island of Rab. Before long it started to attract the nudists from all over the Europe and in 1936 even the Britain's King Edward VIII and his future wife Wallis Simpson swam there in their birthday suits. Today the Paradise Beach in the bay of Kandarola is still one of the most popular nudist beaches in Croatia. Tradition of nudism lives on and today Croatia is recognized as one of the friendliest and most tolerant nudism destinations. 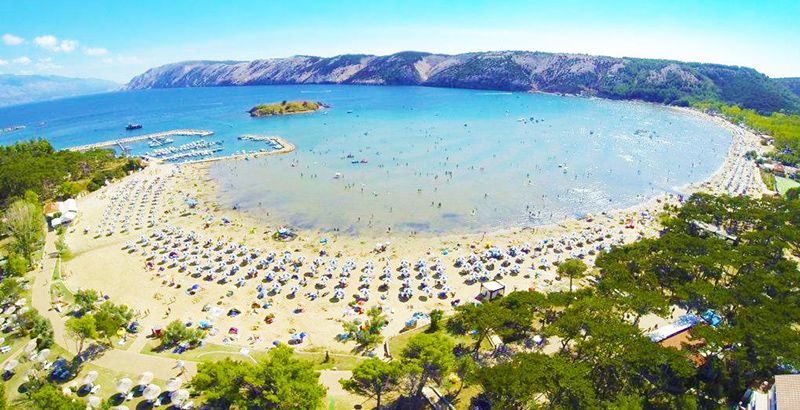 Along the Croatian coast there are many hidden bays and coves and, although every isolated beach may seem as a good choice for nude swimming, it is still better to be careful and choose specially marked beaches to enjoy your nudity. It is not very hard to find them, they are always marked with FKK sing (Freikorperkultur or Free Body Culture) and often in walking distance from inhabited places. Also, some of the regular beaches have special sections for naturists. If you decided to visit a nudist beach, you should be aware of a certain etiquette that is followed there. Among the rules of decent behaviour the most important is to respect other peoples' right to privacy, so taking pictures or videos of other people is absolutely forbidden, unless, of course, you have their permission. Also, you should remember to always look people in the eyes. Staring and gazing is considered to be very impolite.

Except for the nudist beaches, Croatia also has a large number of naturist camps, where you can enjoy different activities completely naked and free. So whether you preffer completely equipped naturists resorts or you just want to enjoy hidden, isolated beaches, Croatia is perfect choice for you. There are more than 30 beaches and facilities in Croatia and while most of the naturists camps are located in Istria, Dalmatia can offer you many beautiful nudist beaches. 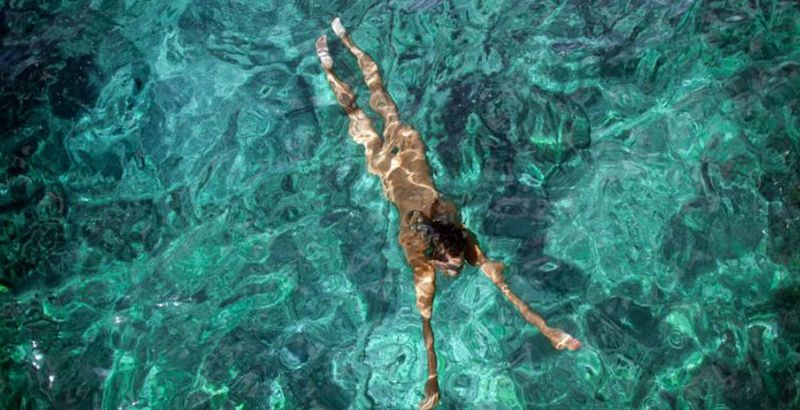 The most popular camp in Istria is Naturist Park Koversada, with the longest naturist tradition. It is located about 2 km south of Vrsar, on the western coast of Istria. Koversada is one of the biggest camps in Europe with the area of 1 million square kilometres, and the coastline of 5000 km. It can accomodate up to 5000 guests. Except for the coastline, there is also a small island within the camp, reserved for tents. The beaches in camp are mostly stone and pebble, but there are also two sandy beaches.

The most important event is a beauty pageant for Miss Koversada, usually held in August. Other naturist parks of this region are Naturist Camp Solaris near Porec, Naturist Park Bunculuka near Baska on the island of Krk, Naturist Camp Istra near Funtana, Naturist Camp Valalta near Rovinj.

The nudist beaches of this region are various: sandy, pebble, stone, gravel, rocky... Most of them are located near larger towns, for example Beach St. Andrew Island, Beach Bay Gustinja, Beach Polari Bay and Cape Eva near Rovinj, Beach Ladin Gaj, Beach Kanegra Near Umag and numerous other beaches on Island of Krk, Losinj, Rab, Pag...

North Dalmatia was famous for a couple of nudist camps in the past, but today there are no special facilities and resorts, only beautiful secluded beaches, mostly sandy or pebble. For example, Punta Skala, near Petrcane (village 5 km from Zadar) was once very popular naturist resort with bungalows and apartments, but in 1989 it was turned into a textile resort. Still, a part of the rocky and gravel beach is designated for nudists, although all facilities except for showers are located in the textile part of the beach.

Not far from Zadar, on the island of Pasman, one can find two beautiful sandy FKK beaches inside the car camping for naturists. The camp is surrounded by pine wood and the whole area is very peaceful and relaxing. Although most of the beaches on the islands Dugi otok, Ugljan, Silba and others are potentially nudist, the interesting fact is that there are islets like Rutnjak or St. Catherine completely designated for naturists. Other popular nudist beaches are Kozarice near Pakoštane, Jelenica on the island of Ugljan, several coves near Sabunike and Zaton and a part of the beach in Red Harbour, near Biograd.

To all naturist lovers Central Dalmatia can offer wide choice of nudist beaches, all along the Riviera of Makarska and on almost every island in Split region.

There are nudist beaches on Brac (Paklina beach near Golden Horn, nudist beach near Postira, Mutnik, near Milca) and Hvar (camps near Vrboska and Milaska and numerous beaches on Paklinski otoci), but also on Solta (rocky beaches on islet of Maslinica), and Vis (bay Rude and part of the beach Kamenice near Komiza).

It is even possible to book a nudist cruise from Split, which can take to multiple nudist beaches. Some of the most beautiful pebble beaches are located on the Riviera of Makarska, for example, nudist beach near Brela, Nugal Beach near Tucepi, Nimfa and Dole beaches near Zivogosce...

Even though the region of South Dalmatia, with its most important city of Dubrovnik, is best known for its cultural heritage and rich history, there are a couple of nudist beaches worth visiting. The most famous is Cava beach, located on Babin Kuk, near the city center of Dubrovnik. Other nudist beaches in the area are Betirina near Mlini, Plat between Cavtat and Mlini and resort Srebreno, also near Mlini, but one of the most peaceful and private nudist beaches is hidden on the island of Lokrum, only 10 minutes from Dubrovnik.

Although there are no marked beaches on the peninsula of Peljesac, its beautiful pebble beaches are regularly visited by naturists, especially beaches around the areas of Trstenik and Zuljana. 5 Captivating Lighthouses in Croatia to Visit on your Sailing Holidays